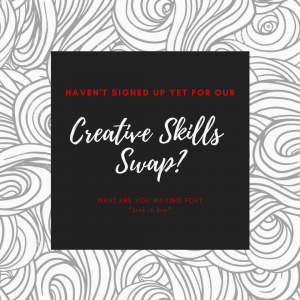 Putting together creatives during the crisis

When COVID19 hit the UK in March, hundreds of members of staff from arts organisations, arts management companies and artists were either furloughed or made redundant. Students in performance degrees were paying fees for a term with no performances or practice rooms. Thousands of jobs are still in peril or lost. This kind of crisis has not happened in the UK since the Second World War.

But there is hope. The Internet has been filled with messages of endurance, of music-making, of humour. There is a sense of solidarity among artists.

This is why we set up the Creative Skills Swap, where young creatives could speak with people who were working in the industry with some newly acquired time on their hands!

We thank everyone for their generosity, both with their time and their experience ♥️

DO YOU NEED ANY HELP WITH ANYTHING?

...or maybe don't know where to start when it comes to industry/marketing advice, graphic design, website design, photoshop, content creation ideas, development advice (how do you write a good bid fund?) or copywriting and proofreading? Or have some experience in any of these fields + some time on your hands and a desire to help our people at the start of their careers?

Send us an email and we will see what we can do!